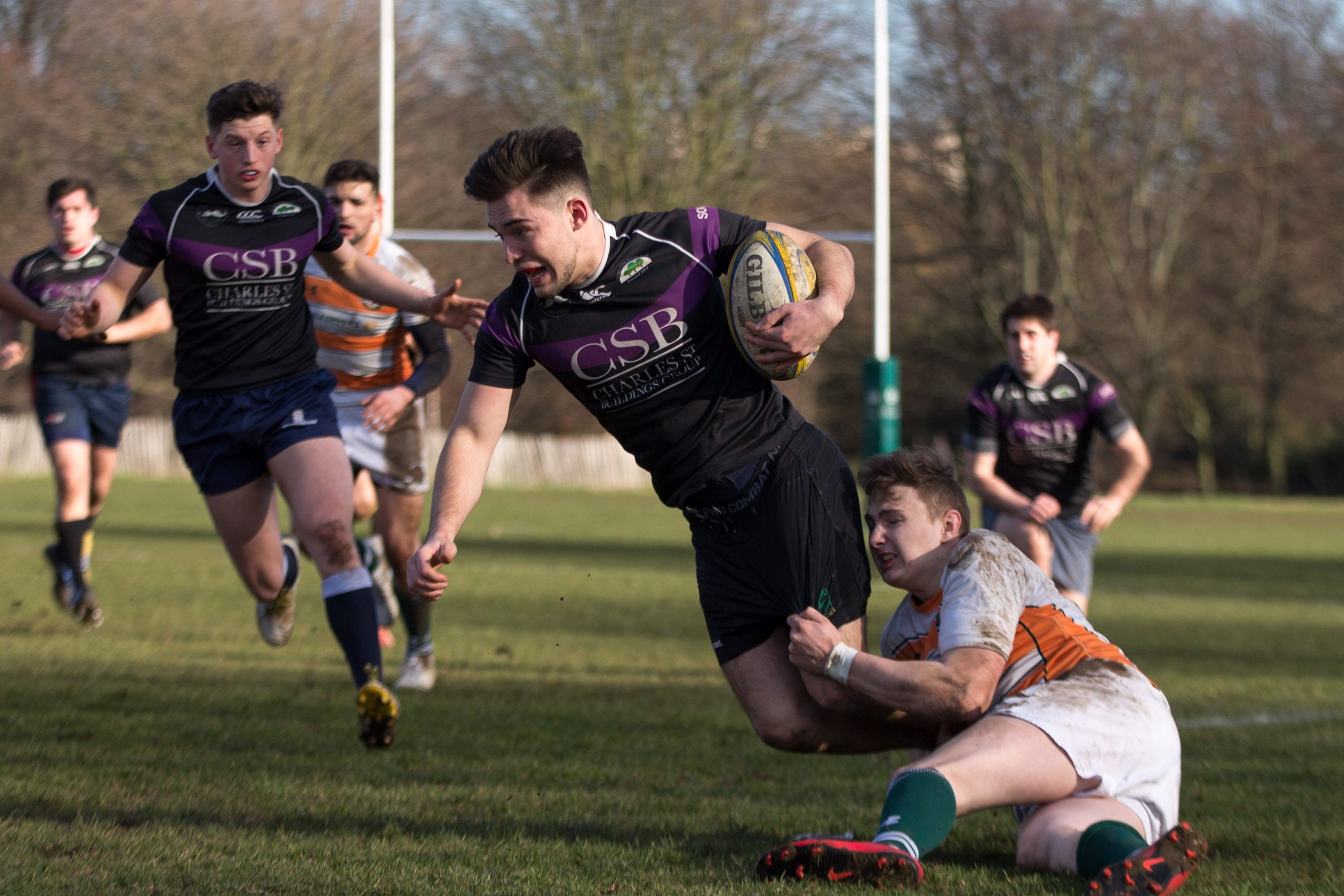 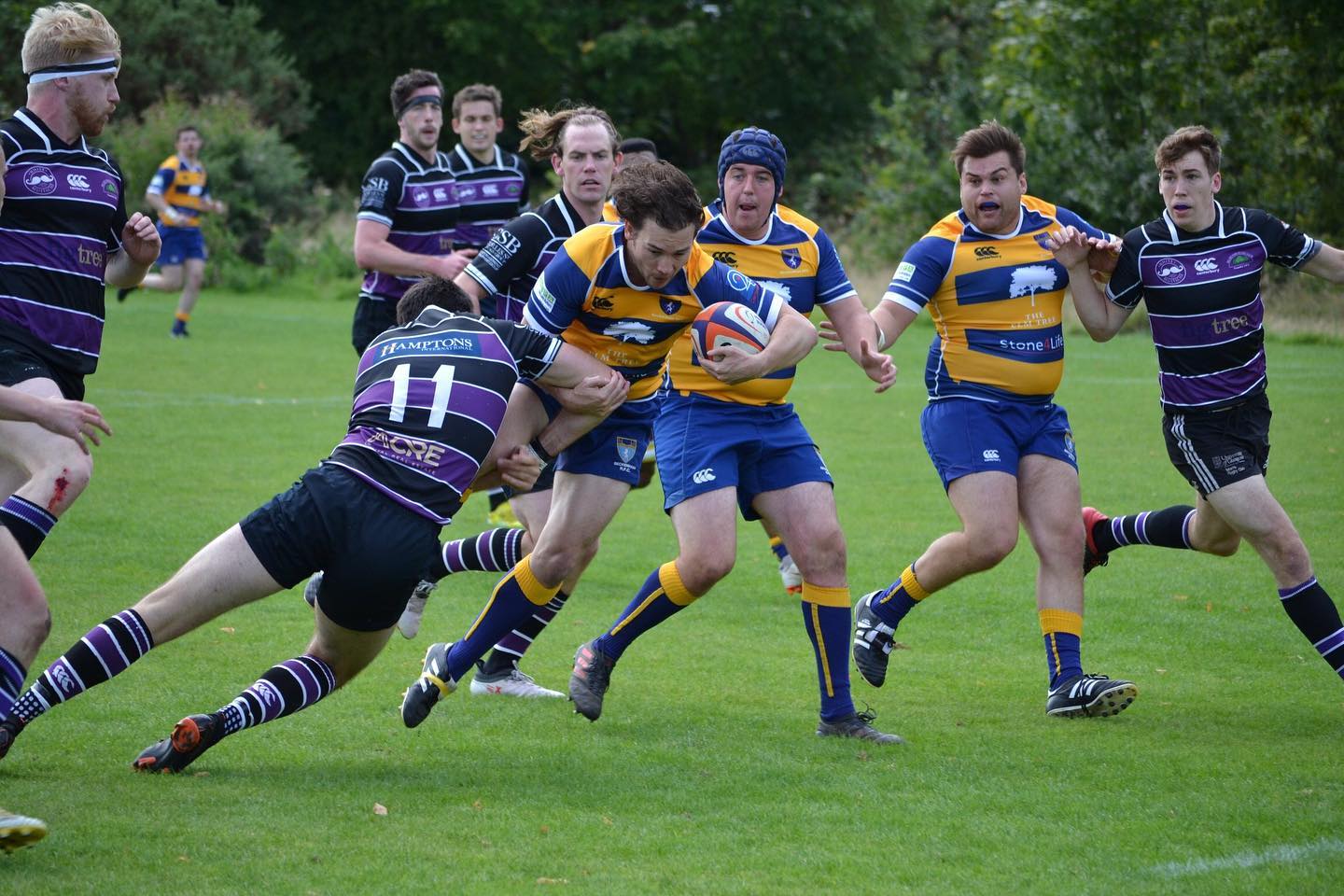 The new league season got under way with a clash that involved both of the newly promoted sides to London 1 and thus was primed to be a ding dong battle. Winning is a habit that both the home and away teams were clearly in, therefore the opening exchanges proved as competitive as one might imagine.

The Beckenham pack were without doubt the biggest Belsize have ever come up against on their climb through the ranks from Herts & Mid 2 not too long ago. The way they dealt with this mass was clearly going to be the deciding factor in whether they could lay a marker down towards their objective of securing promotion once again.

Shots were fired early with pent up aggression from five months of no competitive rugby coming to the fore. The carries from both sides were monstrous. Belsize opened the scoring in usual fashion as vice captain, Scott Dougherty (skippering for the day), nudged the home side in front from just outside the 22. His calm head and game awareness were vital assets throughout. Beckenham fired straight back through their strength, which was clearly their power up front; their outside backs virtually didn’t get a look in all day. 3-7.

This was the last time there was any doubt about the result on the home touchline. The away side should, and were trying, to rely on their rolling maul from the lineout but the throwing let them down and Belsize’s Will Ville swooped on several overthrows at the back and carried hard into the midfield to set a platform for the exit from the danger zone and relieve any pressure.

Each time Beckenham fought back a series of heroic interventions came to the fore. Firstly, Henry Wooles, a now stalwart in the row for Belsize was in one of his more snarly moods. Having already carried ferociously in the opening exchanges he made a more decisive intervention 10m out from the home try line, turning the ball over just as it was looking threatening. The offload hit one of a trio of fine back row runners on show, Tom Kynge, who put the hammer down to pull away and was only eventually stopped on the opposing 22. A series of phases followed, with Belsize arguably playing into the opposition’s strength by carrying around the fringes but a big carry from the newly returned Connor McGrath followed by his propping partner Matty Atkinson, got us over. 10-7.

From there the game formed some sort of pattern. Belsize’s preseason efforts, heart up front against much bigger boys, skill in midfield and pace out wide were too much. From the thirty minute mark onwards this all started to show despite Beckenham never dropping away in terms of effort and intensity in the tackle. Incidentally, the away side’s 7 almost moved into double figures of turnovers with his strong body placement and sheer length. He is worthy of a mention for keeping them in the game as long as he did.

The one thing that eventually broke the spirits of the 120kg+ away side’s forwards, was the relentless chop tackling and blitz defence twice in succession led to a one out tip pass to 12 inside the Belsize 22 being intercepted by winger, Josh Yerrell. Yerrell cantered home without even the need for fifth gear given the pace differential between him and the quickest chaser. Later adding another to complete his hat trick. A moment of class towards the end from Scott, fly half, was worthy of a mention. Blitz defence and seemingly with the only option being to carry, he fizzed a left hand over three men which landed in the breadbasket of winger, Liebling, who need only collect and fall over the line.

The scoreline in the end wasn’t representative of the ferocity of the contest and I’m sure there were some sore bodies on Sunday to be nursed. Result 51-7. A fabulous performance considering two backs injured themselves in the warm up (including a broken nose) and several injuries from the friendly matches that meant a slightly more difficult selection than the coaches would have wanted week one. We march on….

MoM : Will Ville
DoTD : Rhys Griffiths for breaking his own players nose in the warm up

Next game : HAC on Saturday in Regent’s Park